Picture a hoedown in Hell. Demons dancing around fire pits, tormented souls screaming lyrics at the top of their lungs. That kind of thing.

Birds With Broken Wings is the perfect soundtrack to that kind of party.

Recorded over three weeks of ten-hour days with a gang of Ben Caplan’s dream collaborators, you can easily hear the bloody-minded love, passion, and END_OF_DOCUMENT_TOKEN_TO_BE_REPLACED

Before you press play on this album, you’d better brace yourself. This is for three reasons:

1) The Dear Hunter have been going for five studio albums and a series of nine EPs now, so it’s safe to say this band is a bit of a Big Deal;

2) The Dear Hunter’s main project is a six (or rather VI)-act story, in the process of being presented over the course of six/VI albums. Act III: Life And Death was released back in 2009 – and so this album, Act IV, has been six years in the making, and fan anticipation (fanticipation? …maybe not) has been at fever pitch for a long time now;

3) Act IV: Rebirth In Reprise is beyond epic.

This is an absolute rollercoaster of an album, launching into ultra-rich Biffy-Clyro-crossed-with-Queen harmonies which soon give way to forest-party-falling-down-the-stairs folk and an inquisitive orchestral section. As opening statements go, Rebirth is pretty damn unique – a very rare statement in today’s musical climate. Then we get pitched into END_OF_DOCUMENT_TOKEN_TO_BE_REPLACED

Half Crown – ‘Everything Goes’ [Review]

When I first discovered Half Crown at a secret Sofar Sounds show in a beautiful Brighton basement, I was struck by how comfortable they were in such an exposed and intimate environment. On Everything Goes, Half Crown manage to achieve that same sense of fearless liveness and meaningful connection without any face-to-face contact whatsoever. This is a rare and valuable feat in today’s increasingly digital and digitised world.

Fusing gritty blues-ridden rock’n’roll with elements of hip-hop and reggae, Half Crown have developed an energising and exciting sound that retains enough familiarity to ensure accessibility while pushing a collection of idiosyncratic personalities to the forefront. While many rock-oriented acts talk the talk and look the part but put out a self-consciously studious, even bookish vibe on record and onstage, Half Crown have not only done their homework but also twisted their tastes into something more suited to getting their plaintive and heartfelt message across. That message changes from song to song, spanning the spectrum from the personal to the political, but you cannot doubt the passion behind the playing or words for so much as a microsecond. END_OF_DOCUMENT_TOKEN_TO_BE_REPLACED

Although I was gutted at missing most of Cardboard Carousel‘s earlier-than-planned set, what I did catch was as wonderful as I’d anticipated. Cardboard Carousel are an incredibly talented husband-and-wife team whose precisely attuned vocals give their carefully-worded tunes the depth they deserve.

I was probably the only audience member who was completely new to Ezio (whose name my spellchecker wants to change to ‘Wazoo’), and it was cool to see a pair of artists receive so much enthusiastic appreciation. Whether bouncing between acoustic-based genres – taking in rock, folk, blues, country, flamenco, and gypsy jazz – or prefacing an encore with an in-depth discussion of the walk of shame, Ezio were consummate showmen and instrumentalists. Along the way were laughs, melancholic moments, and more than enough lilting serenity to ease my post-Marmozets bangover. END_OF_DOCUMENT_TOKEN_TO_BE_REPLACED

Progressive music should live up to its name. In other words, it should progress and look forward rather than lazily gazing backward into retro-ville. With that in mind, it’s great to hear Falsense getting it right once again. END_OF_DOCUMENT_TOKEN_TO_BE_REPLACED

I’ve previously described Falsense as “A fucking genius” – and trust me when I tell you, that is the truth. A man of many musical talents and a beyond-driven, ultra-inspired creative and super-nice guy in general, Falsense not only knows his shit, but also knows how to improve with every move he makes. It was a real honour to discuss inspiration, passion, productivity, and more with Falsense via email – and here are the results: END_OF_DOCUMENT_TOKEN_TO_BE_REPLACED

When I first saw that poster, my first thought was that this show would turn out to be a serious sausage party, full of hot-under-the-collar guys who’d assumed that an evening spent being entertained by women would entail something very different. I was relieved to arrive at the Boileroom and find that I was wrong; like the performers, last night’s crowd was stylish, socially competent, and clearly excited to be in the presence of the following: END_OF_DOCUMENT_TOKEN_TO_BE_REPLACED

The secret to effective writing is to omit unnecessary words. So the words that follow are the only ones you need to read. 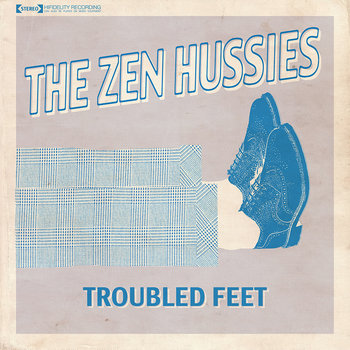 From the likes of Lunatrix to Caravan Palace’s Parisian electro-swing and Falsense’s poky gypsy-prog intricacy, gypsy jazz has become a real infatuation here at TMMP. My earliest jazz manouche memory is of Mattias IA Eklundh’s cover of Django Reinhardt’s Minor Swing – and my most recent obsession is this album: Troubled Feet, as performed by Bristol’s very own Zen Hussies. END_OF_DOCUMENT_TOKEN_TO_BE_REPLACED