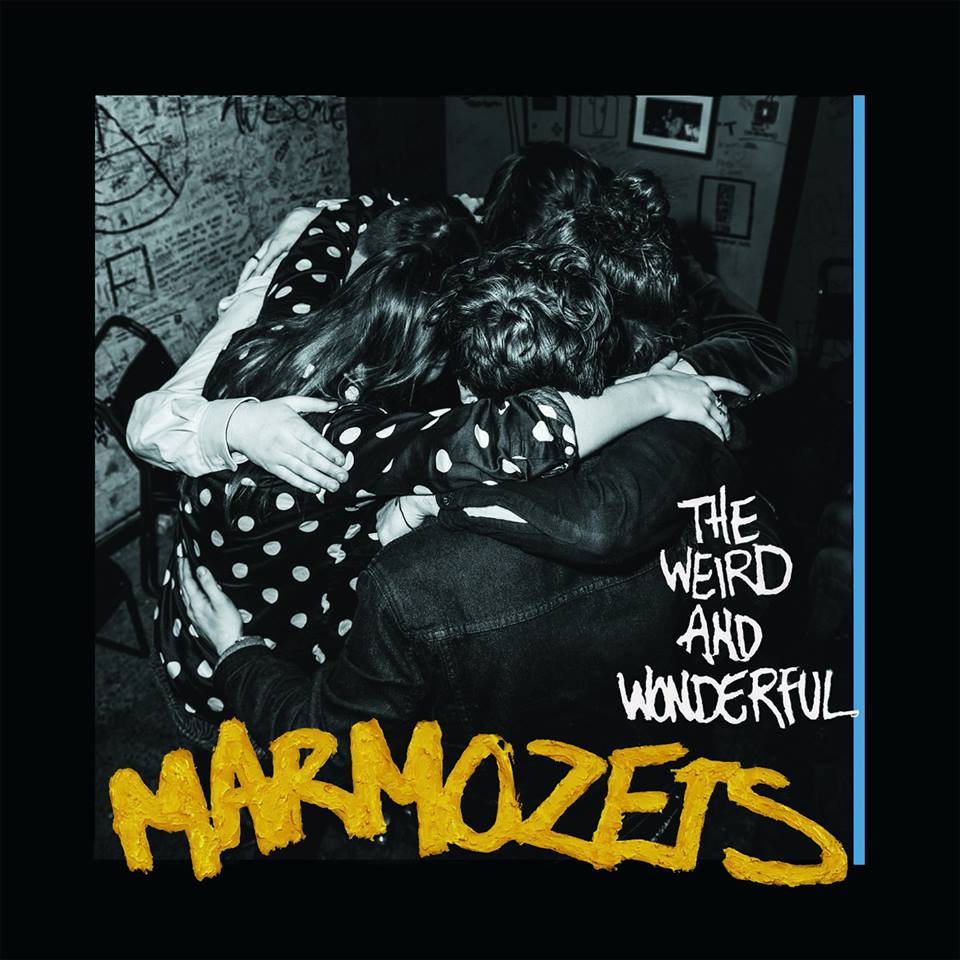 Regular TMMP readers (as well as my family, friends, and any stranger who’s sat next to me on the train for more than five minutes) will probably be sick to death of hearing me rant about how goddamn amazing Marmozets are. Well, I have many a good reason for doing so – and this 13-track slab of genius is another one to add to the list.

Let’s start at the start. Born Young And Free is little less than an impassioned and enthralling call to arms; Why Do You Hate Me? drips with raw shredded-heart angst; and Captivate You brings things down a notch, albeit briefly. That last track in particular has been the subject of much controversy – and it’s not long before users of that ill-fitting and lazily employed P-word are given the finger in the form of Is It Horrible? and its Yeah-Yeah-Yeahs-go-demonically-heavy breathlessness. Becca Macintyre is in sterling fuck-your-own-face form here, dishing out wails, wobbles, and screams in the least Hayley Williams-like style imaginable. Haters and doubters, you can get out on this floor.

Cover Up bounces in the most tangled manner imaginable; it’s the kind of track you’d think would be easy to dance to until you actually try it and wind up looking like a cross between an octopus and a pretzel. Particle opens like Muse at their best with plenty of fuzzy bass and intense cymbal work before odd-time insanity ensues and gives way to a beautifully vibrant 6/8 chorus and a very Knights Of Cydonia bridge riff before giving Rage Against The Machine a nod and dropping out of existence; Cry throws another curveball with elegant and stately piano contrasted with anxious fuzzy guitar notes, a wonderful and lush clean vocal complete with masterful harmonies, and a perfect build into heavier territory; and Weird And Wonderful is precisely that. Guitar-wise, that title track is an absolute winner; it’s little wonder that every self-respecting muso’s ears prick up at the mention of Marmozets.

Vibetech is a track that Paramore could never pull off. This is sledgehammer-to-the-nose brutal, simple as that; fans of Marmozets’ earlier Dillinger Escape Plan-inspired efforts will have much to eargasm over at this point. That said, Vibetech is no mere imagination-free pastiche; with alt-metal wah work and a few riffs that evoke Lostprophets during their pre-scandal heyday – not to mention a vocalist very unlike Greg Puciato – this is, once again, a uniquely Marmozets song.

On to Love You Good, and we’re into math-punk land. Stupendous hooks, brain-melting widdly bits, and all the fun of not knowing what the fuck’s coming next, feeling fully confident that it will be epic, and then having your expectations not merely met, but exceeded. Hit The Wave gets grungy and plaintive, taking in riffs that Tom Morello would be proud of alongside the same no-nonsense and hyper-passionate approach to life Marmozets promote with every available breath and a hellishly tortured solo; Move Shake Hide is poppy, punky, and mosh-inducingly brilliant; and then it’s Back To You‘s turn to cap things off with another head-spinning twist. Crafted for festival fields and late night parties, this is going to go over very well indeed when Marmozets get to Download main stage headliner status.

Being completely honest, it’s only a matter of time – and I’m looking forward to it.

For now, though, it’s safe to say that many will hear this long-player and ask: Just what the fuck is this? Well, it’s the album of the year. Get involved, or miss out on the origin story of a weird and wonderful brave new world.

Discover how to win at life and music with TMMP’s interview with Marmozets.

Buy The Weird And Wonderful Marmozets on iTunes here.

Follow me on Twitter for more awesome music! If you’re a regular reader, thanks for the support! Don’t stop, and keep going!