When a Saturday night bill is only two bands long, that’s a lot of pressure for the musicians involved. Many acts would crumble like month-old birthday cake at the thought of it. These guys were more than up for the challenge:

Having seen Drones a number of times, I knew what to expect – raw, loose-limbed and awesome punk antics delivered with a ton of aggression and tour-honed precision. However, Drones still pushed themselves that much further this time around, with a crowdbound frontman taking his vocals and guitar to the people despite a mid-set admission of total exhaustion. As always with Drones, respect is due.

About ten years ago, after a pretty bad breakup, I watched a storm cloud expand vertically like some kind of ominous sky-volcano before the thunder started. Marmozets’ doom-laden intro music, had it existed then, would have been the perfect soundtrack to that moment. What followed, for many pit-loving punters and their less-frenzied-yet-appreciative comrades, was a tight, math-riddled piece of pure catharsis.

Marmozets mean what they say and play at a level of depth that makes their success to date no surprise whatsoever. This is a band who do not fuck around – although they do possess a sense of humour, their work ethic shines through with lucid clarity at all times. Whether it’s the voicebox-tearing hook of Why Do You Hate Me?, the Reuben-esque riffs of Move, Shake, Hide, or a Dillinger Escape Plan-inspired older tune, you can practically taste the thousands of hours of practice behind such a shit-the-bed intense performance. 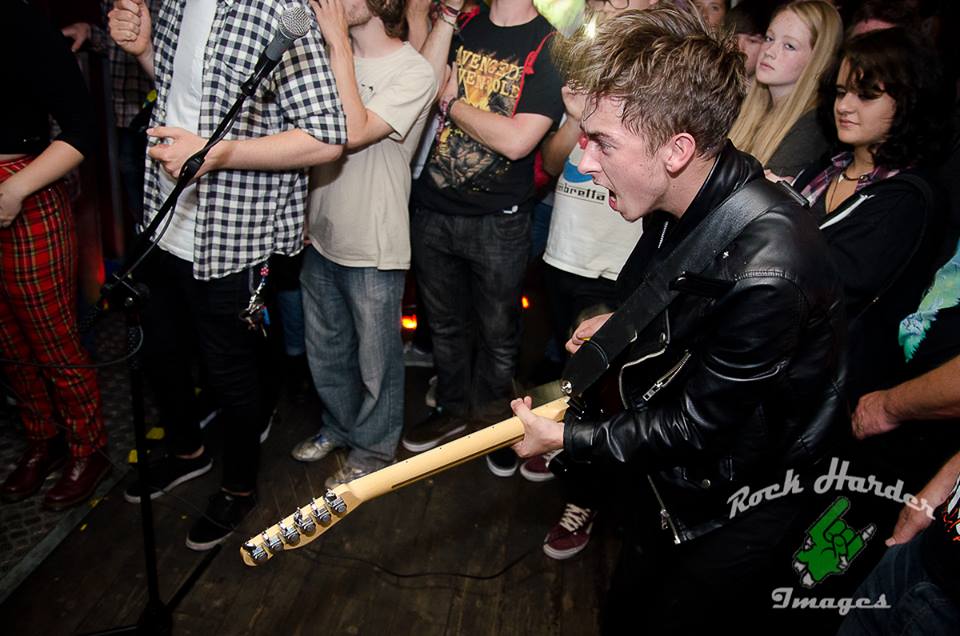 There’s currently a fair amount of online talk about Marmozets turning into Paramore clones – but frankly, such comments should be written down, chucked in the Lazy Bullshit Comparison Bin, and set on fire. Stand (or mosh) through Marmozets’ set and you’ll hear a vocalist in possession of Matt Bellamy’s highs, Greg Puciato’s screams and rhythms, Karen O’s attitude, Cedric Bixler-Zavala’s general lack of fuck-giving and (yes) a mastery of occasional Hayley Williams-esque pitch bends, as well as a bunch of still-unreleased songs that take a very different tack to the Paramore-signature pop-punk of Riot! or All We Know Is Falling.

Latest single Captivate You may sound somewhat unalike Good Days, but that’s solely an indicator of Marmozets’ diverse musical capabilities, not a concrete omen of things to come. If this set was anything to go by, what’s to come is presently unimaginable unless you’ve actually gotten down to a Marmozets show and experienced it first-hand. If you get the chance to do that, do it – there is nothing like experiencing unique music slammed directly into your ears by a band whose bassist, guitarist and drummer (with full kit) ended the set playing in the middle of the crowd.

Whatever you do, don’t settle for yet another shaky-cam low-def video on YouTube. Real life comes with free 3D effects and hi-def visuals, there are no “Resume Living In Three Seconds” ad breaks – and billions of live streams are taking place right now. Be someone who stars in their own stream rather than watching other people’s.

Follow me on Twitter for more awesome music! If you’re a regular reader, thanks for the support! Don’t stop, and keep going!