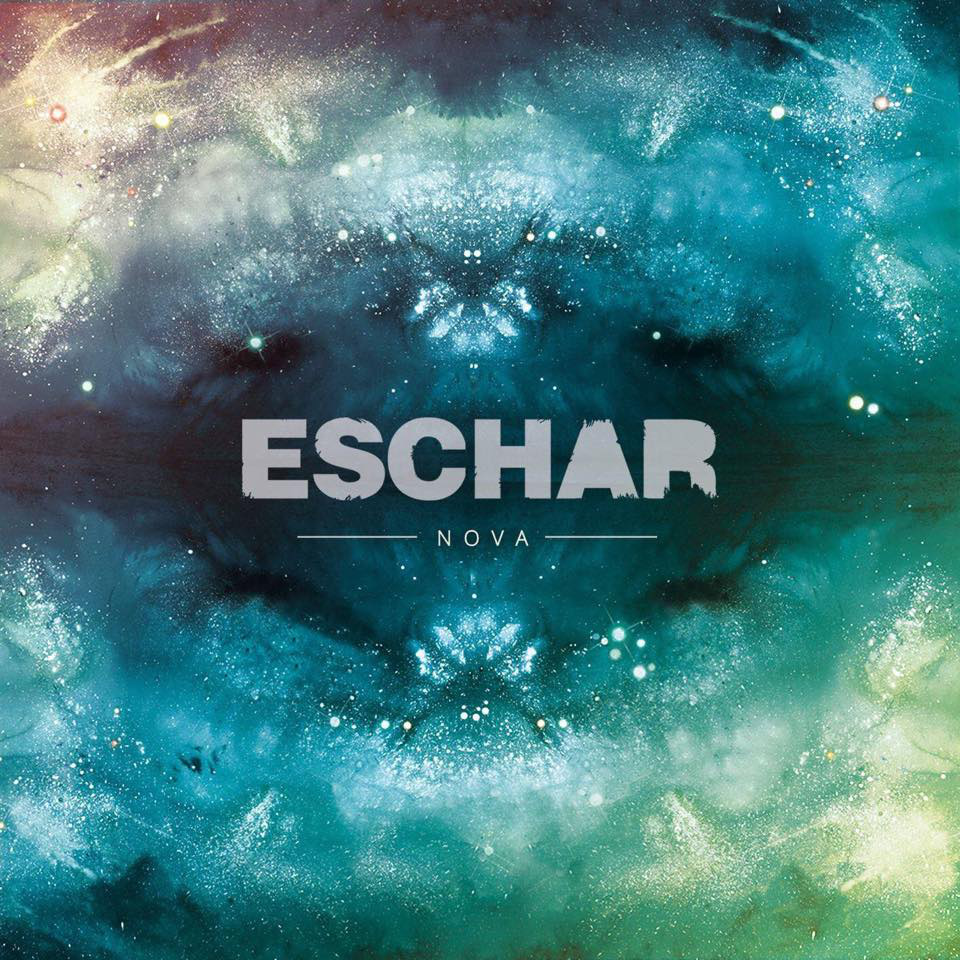 As a long-time Eschar fan, I’ve been looking forward to hearing new music from said band since 2012, when their epic mini-album Elements first saw the light of day. Of course, I’m not alone – Eschar have made a real name for themselves amongst Surrey’s prog-metal diehards, thanks to their mind-bending ability to pull off serious feats of live polyrhythmic wizardry while being placed under intense scrutiny by crowds who will notice if you missed that 1/16th note in bar five of the third section (you know, the bit that’s in 15/8). Upping Eschar’s game has been, I’d imagine, a serious challenge to say the least.

The extent to which Eschar’s game has been upped is difficult to judge at this point, as at the time of writing only one track from their upcoming full-length album Nova has been made publicly available. However, Nova‘s title track is a clear indication that Eschar have undoubtedly stepped up a level. On Nova, Eschar sound like a band dancing on quicksand, barely managing to stay on the surface but making it look effortless nonetheless. Nova also features my favourite 5/4 section since the one from Marmozets’ Cry – and you should definitely press play below and see what your favourite bit is.

Then rewind it, just to be sure that what you just heard actually happened…

Follow TMMP on Twitter for more from the world of world-class music! If you’re a regular reader, thanks for the support! Don’t stop, and keep going!