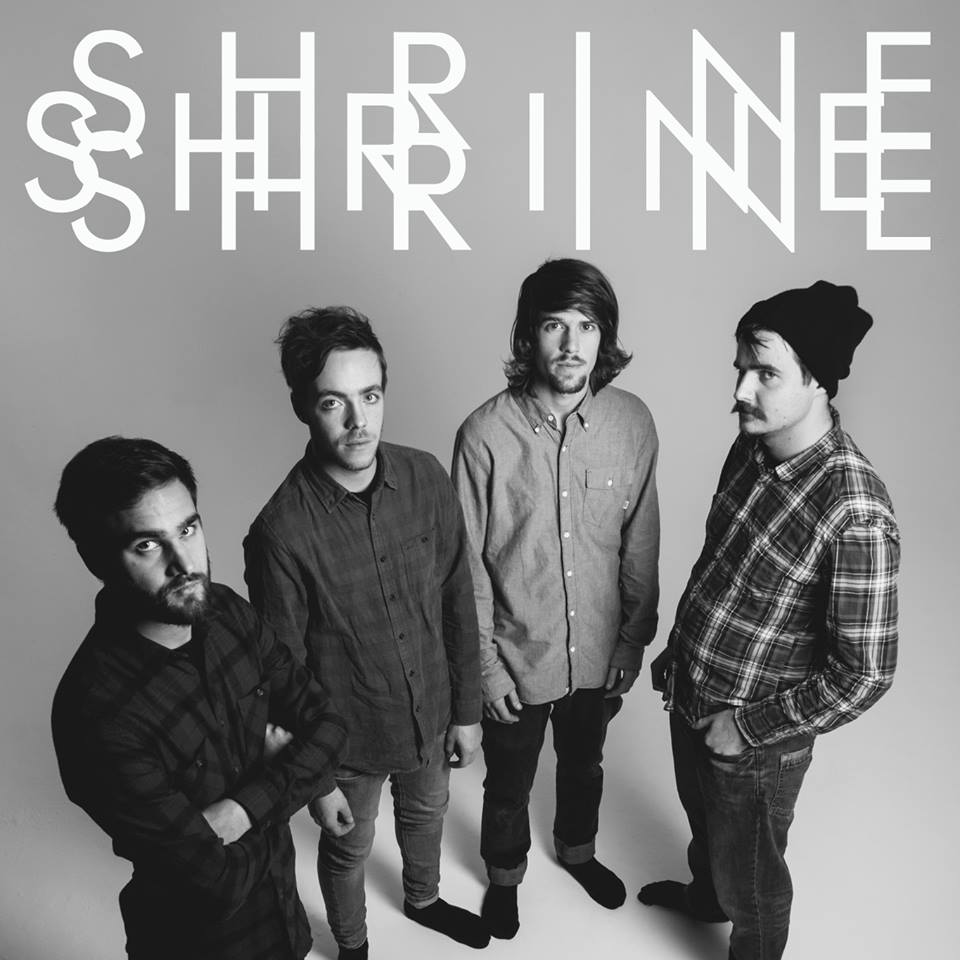 For Astronauts And Satellites

…because fuck me, I have no idea how these guys do what they do. I’ve heard of chiptune before, but since I’m not much of a gamer I always dismissed it as being a bit too geeky for my tastes. Judging by this display, I was dead wrong.

For Astronauts And Satellites mix post-rock with electronics in a manner I can only describe as unique. Placing guitars alongside Game Boy handhelds and Commodore 64s and weaving them together seamlessly is not only an awesome technical achievement, but a surprisingly beautiful thing to listen to. I’m not alone in thinking this, either – plenty of people turned up just to catch this set, a real rarity for an opening act these days.

Hopefully, the next time For Astronauts And Satellites play at The Boileroom they’ll be higher up the bill, playing to an even bigger crowd. They deserve it.

For Astronauts And Satellites are definitely a tough act to follow, but regardless of what came before this set I would still, sadly, have to get out my Harsh But Fair Critic’s Hat here.

On paper, I should love Throatpunch City. From a technical perspective, they obviously know their stuff, there’s plenty of math-y and progressive spice in the music they write, and they were pretty tight. But to be 100% honest, the songs didn’t gel at all, sounding like a bunch of disparate parts shoved together; the lead parts, while nailed to the wall, sounded like exercises; the vocalist was consistently out of tune, although he did manage to hit a number of important notes and improved toward the end of the set; and the overall impression was one of a band that just lacked that all-important chemistry. Performance-wise, there wasn’t much communication or interaction between the individual band members or the band and the audience, creating a totally sterile atmosphere.

The most common accusation levelled against bands like Throatpunch City is that they lack passion and soul, that it’s too mechanical, and so on. I hate it when people bring that argument out – but as much as it pains me to do so, I can only say that it fits here. Without chemistry you get a total lack of cohesion in songwriting and performance; and that was the case here. I’m usually good at taking situations like this and finding a positive point for improvement, but I’ve never met a musician who could function well in a group that lacks chemistry, so it’s tough to get started in this case.

My best advice would be to check out bands like Dorje, Yearbook, and this evening’s headliners, and figure out a way to bring the level of passion and energy those bands do to songwriting and performance. For me, the key to those bands’ success is their clear sense of brotherhood; something that’s impossible to synthesise. Camaraderie and chemistry have to be real; you can’t fake it, and if it’s really lacking, perhaps some serious soul-searching is required.

The last few paragraphs are the hardest words I’ve ever had to write as a music reviewer. They were especially painful because Throatpunch City’s logo is, hands down, the greatest band logo I’ve ever seen. Just look at it: 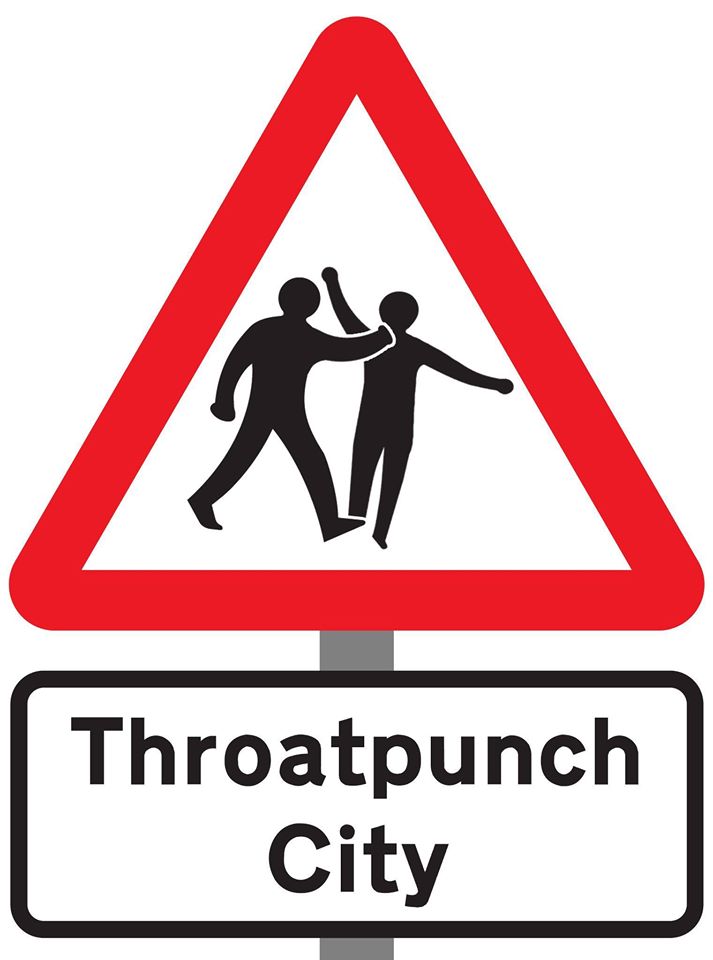 Having reviewed I Plead Irony’s contribution to Rose Coloured Records’ Doorstep – Volume 1 compilation, I was really looking forward to this set. Unfortunately, it was almost totally crippled by stage fright – and having just written one of the worst reviews I’ve ever given, I don’t fancy doing it again. I’ll put this set down to an off night and wait to see I Plead Irony live again; given how nervous they were it just wouldn’t be fair to go any further here.

Imagine Meshuggah bending The Mars Volta over, and the resulting mutant love-child being birthed in a scene suitable only for a Cannibal Corpse album cover. That’s what you get when Shrine kick off.

Shrine are fucking amazing. So amazing, in fact, that I’m going to quickly re-word that last paragraph so it’s a bit more quotable: Meshuggah x The Mars Volta = Shrine. They’re hyper-complex, super-technical, and so raw that their CDs should come with little ‘Vegan-Friendly’ stickers on the front.

The equation given earlier really says it all. Insanely tight, so mathematical that Stephen Hawking would give up trying to work out what’s going on, heavier than the depression that descends on us all when we watch Sky News or read The Daily Mail, and as brutal as UKIP are backward. If I had to pick a highlight, it would have to be the bassist, Andrew Gosden – busy, solid, a massive sound, and it all just fit perfectly without being overwhelming or ridiculously wanky.

The most notable thing about Shrine, on this night, was their obvious chemistry and camaraderie not just with each other, but with their audience. This set was fuelled entirely by not just the cliché’d blood, sweat, and tears, but an overwhelming passion and gratitude for the chance do something Shrine obviously love. They headlined tonight, but I’d be willing to bet that we’d have gotten the same set whether Shrine were opening, sitting in the middle of the bill, playing to a seething festival crowd, or performing in the corner of a near-empty pub at noon on a Wednesday. As I said earlier, you just can’t fake this stuff – it’s what sets bands like Shrine apart from the fake-crying pop muppets on reality TV – and without it, things either fall apart or never get off the ground in the first place. See the track record of The X Factor and co for evidence.

Kudos as always to the Boileroom team for a rewarding evening, and Olly Dexter for the standard expert sound job.

The Boileroom is currently under threat of closure. To find out how you can help save the only alternative music venue in the Guildford area, click here.