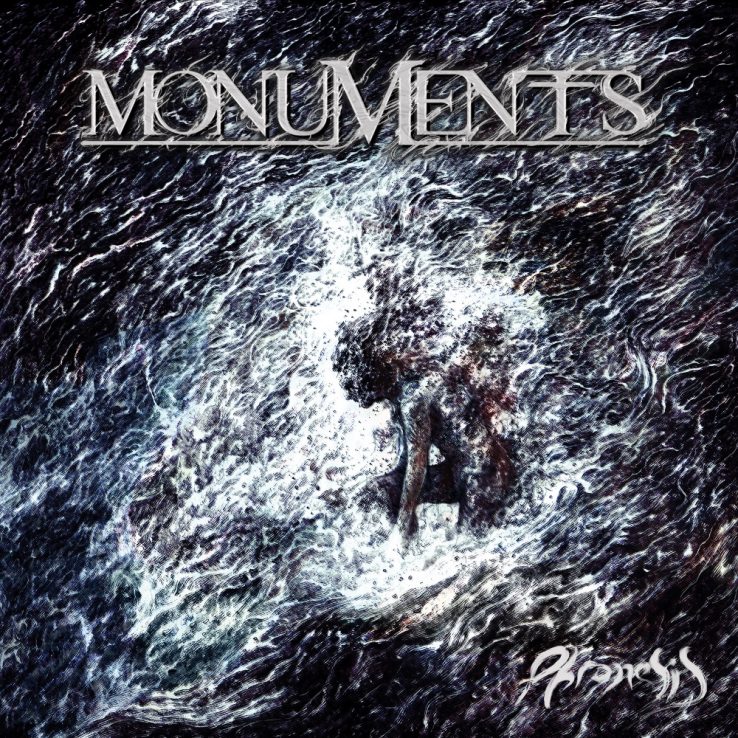 Since 2014, Monuments have managed to stay near the top of the tech-metal pile on the back of The Amanuensis, which happens to be one of the greatest albums to ever emerge from that particular scene. From an insanely detailed concept to some of the greatest groove riffs of all time, Chris Barretto’s idiosyncratic vocals pushing killer opening trio I, The Creator, Origin Of Escape, and especially Atlas into heavy music’s history books, The Amanuensis had it all. But that was then, and this is now – and very soon, Phronesis (previously referred to for some time by its working title M3) is going to prove that Monuments are still on form after too much drama packed into a very short space of time.

The Phronesis recording sessions began this past March, and were completed only last month, although the writing process began years ago. Monuments have collectively experienced a particularly dark night of the soul, and it shows not just in the time it’s taken for Phronesis to come to be, but also in the sheer savagery with which so much of this album is performed. Not that anybody was expecting one from Monuments, but Phronesis is definitely not a chillout album.

The term “phronesis” itself refers to a mindset that enables people to make wise decisions and do the right thing, and Monuments have clearly internalized it. Phronesis boasts much better production than The Amanuensis, more clarity, and a greater focus on immediacy and accessible songwriting. Listen closely from fourth track Mirror Image onward, and you’ll detect a fair amount of pop influence in Chris Barretto’s lead and backing vocals, as well as a tiny bit of SikTh almost two minutes into Leviathan. Monuments aren’t completely reworking their sound or throwing massive musical curveballs at their fanbase; instead they’re subtly refining what’s come before, and searching for ways to make it more effective.

Located just beyond this album’s halfway point, Stygian Blue stands tall as one of the best Monuments tracks to date – and easily my favourite Phronesis cut overall. Advance tune A.W.O.L. is pretty sick, but Stygian Blue is an obvious single choice, its plain-spoken lyrics (“Hey / Never gonna let me be / Fuck around with me constantly / Honestly / Leave me the fuck alone”) directly aimed at a toxic antagonist while Monuments’ signature chord extensions conjure appropriately claustrophobic soundscapes. It’s a classic track, immediately relatable and furiously defiant rather than cringe-inducingly angsty or cheesy.

More than anything else, Phronesis is going to be a slightly acquired taste for long-time Monuments fans, simply because it isn’t The Amanuensis. It sounds more like a transitional release, something that needed to come out for cathartic purposes before Monuments move on to their next monolithically ambitious project. Since we’ve had access to The Amanuensis for so long, it feels weird to even hear new Monuments material, and the temptation to compare Phronesis to an all-time masterpiece is best resisted.

Taken on its own, all extraneous thoughts shut off, the world outside silenced by noise-cancelling headphones, Phronesis will reveal itself as a sick album that any self-respecting tech-metal band would be proud of. Personally, I’m just glad Monuments have pulled themselves through the darkness, and are continuing to make music. We really can’t afford to lose a band of this caliber to the bullshit life heaps on bands and artists across the world.

Is it too early to get hyped about M4?

Check out this epic-length interview with Monuments mastermind John Browne, and pre-order Phronesis (out October 5) through this official link. Don’t sleep on it.

Need even more to read? Click below to start reading Why Do Good Bands Break Up? for free!