As It Is – ‘The Great Depression’ (Album Review) 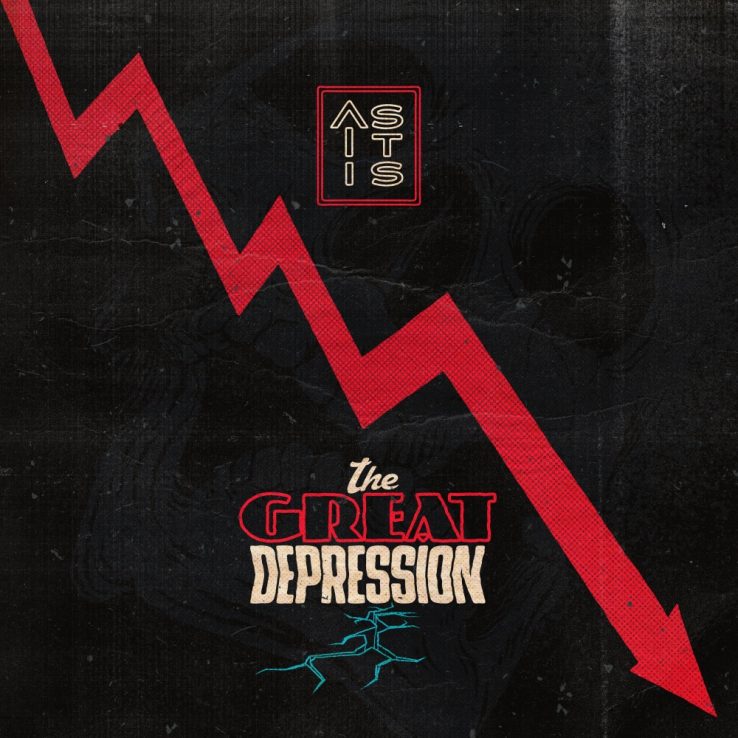 Let’s start by stating the obvious: Depression is a cunt. According to the UK’s Mental Health Foundation, combined anxiety and depression is the most prevalent mental health issue in this country, ruining and even destroying life for far too many people. Add in the fact that over one million people a year die by suicide worldwide, and you’re only scratching the surface of the topic tackled by As It Is throughout The Great Depression.

While the music itself mostly clings closely to the well-established emo template, leaning more toward post-hardcore than pop-punk, challenging tunes aren’t really the point here. Had As It Is pushed the stylistic boat out beyond cranked-up aggression, the real point of The Great Depression might have drifted out of focus. Besides, a slightly closer examination reveals some impressively nuanced touches.

First off, The Great Depression has been split into four parts (Denial, Anger, Bargaining, and Acceptance), each named after one of famed psychiatrist Elisabeth Kübler-Ross’s equally renowned “five stages of grief”. The obvious exception is depression itself, covered of course by this album’s title. The Great Depression is also a concept album of sorts, its central narrative revolving around a character referred to as “The Poet” and influenced in part by Chester Bennington’s suicide. Each song is intended to either address a particular aspect of depression as a personal, social, and societal issue, or further the narrative, or both.

In terms of general quality, The Great Depression is a mixed bag. At their best, As It Is combine pointed rhetoric with nailed-on-the-head arrangements, as on Wounded World, The Stigma (Boys Don’t Cry), and The End. Those three songs alone cover society’s need to take responsibility for its collective mental health; toxic masculinity (satirised to great effect by this music video); and the fact that millions of people around the world sing along to songs about mental illness, often without considering the fact that the successful artists who penned said songs might still be suffering from the psychological issues highlighted in their lyrics.

As cathartic as music can be, it’s easy to assume that people in enviable positions have it all figured out. As a tragically increasing number of rock star suicides indicates, that just isn’t the case.

Outside of the above songs, I personally struggled to get into the rest of The Great Depression. To be totally honest, I’ve always found As It Is grating, and the vast majority of this album is no exception. There are some other cool moments (such as the sick riff and beatdown in The Fire, The Dark, and a nod toward Biffy Clyro during the bridge section of The Reaper), but overall The Great Depression is notable primarily as an important contribution to an ongoing conversation, and a valuable step up for a Marmite band – not a masterpiece in itself.

Pre-order The Great Depression (out August 10) on iTunes.

Curious as to why rock stars struggle to stay afloat? Click below to start reading Why Do Good Bands Break Up? for free!