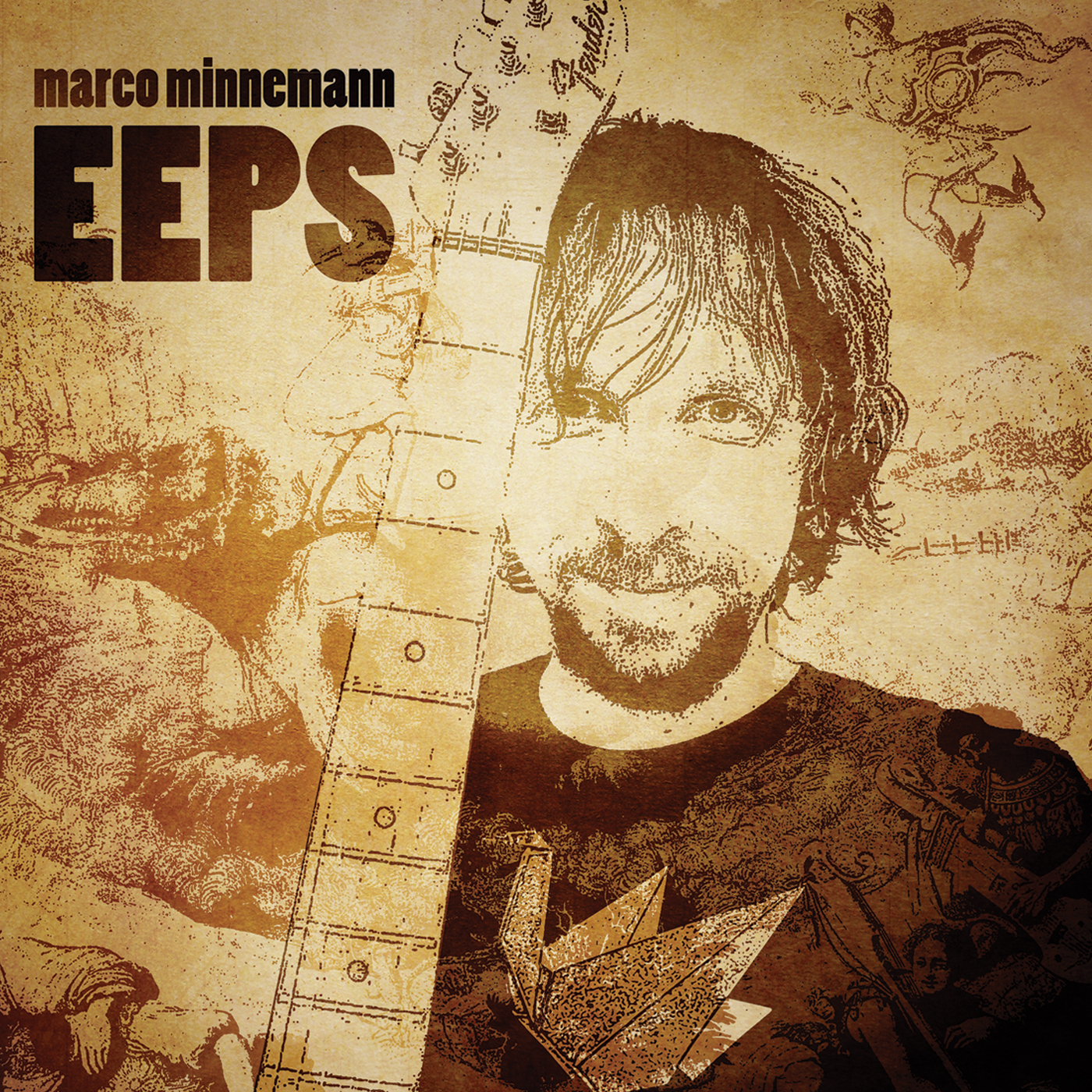 Given his status as one of the world’s top drummers, it’s safe to say that Marco Minnemann is a bit of a legend. Whether drumming for Joe Satriani, recording and performing as one third of The Aristocrats alongside Guthrie Govan and Bryan Beller, or working with the likes of Jordan Rudess, Tony Levin, Alex Machacek, Mike Keneally, Terry Bozzio, Nina Hagen, Necrophagist, Kreator, Buddy Rich Big Band, and Steven Wilson, Marco never fails to bring his A-game to each and every project he throws himself into. While most players would be content to hit one of the above achievements and then rest on their laurels, Marco Minnemann is clearly not.

In addition to his long list of collaborative victories, Marco Minnemann is also an immensely talented solo artist in his own right. On his latest release, EEPS – which drops today, and can be previewed and ordered via the links at the end of this post – Marco wrote and performed every note and lyric and even got involved with the production, alongside Lazy Bones Recordings head honcho Scott Schorr. In an increasingly DIY-oriented industry, Marco Minnemann is showing every up-and-coming solo artist exactly how it’s done.

In our very first Artist Interview, Marco tells TMMP about EEPS, the future, and the importance of good sex. Enjoy!

What inspired you to record your latest CD, EEPS? Is there a theme that runs through the whole album?

I always write music, I just love composing. And once enough songs are ready to form a new album, then the release will happen. But I do select the pieces that somehow give the record a certain vibe or style. On EEPS for example, I experiented with some detuned composing.. Basically organized chaos, hahaha. But there are also rock pieces, some crazy instrumentals and even some catchy pop riffs here and there.

What did you do differently on EEPS in comparison to your previous releases?

On this one I worked with Scott Schorr as co-producer, which was a great experience. I’ve worked with him before on last years LMR album. He has great ears and also did some arranging on a few songs and helped a lot with his label machine to putting out the word. Plus, when you’re writing and producing all that material at home, it is great to have an additional pair of ears sometimes.

Will you be touring EEPS?

I will maybe play a few of the songs with my band Aristocrats. But usually my albums are purely studio achievements.

What advice would you offer to up-and-coming solo artists? It’s a big and intimidating world out there…

Hahaha, yes, …conquerrrrr this eeeevil, eeeepsy world. I’d say, believe in what you do and follow your vision with heart and full passion. That’s really the key of creating something unique. And uniqueness is of the most important things imo. Especially in art.

What makes you happy?

Being able to create what I love. Positive response and relationships.

After EEPS, what’s next for Marco Minnemann?

Ooooohhhhhh, think about the future! YES. Well, I’m already working on the next album. Also a new Aristocrats album is in the making, what else, a new Steven Wilson album and Joe Satriani, too. So, seems I won’t get bored for a while, hahahaha.

Huge thanks to Marco & Scott Schorr for taking the time to make this interview happen! TMMP’s review of EEPS will be coming soon; follow on Twitter for updates.

Follow TMMP via Twitter and my brand new Facebook page for more awesome music! If you’re a regular reader, thanks for the support! Don’t stop, and keep going!