Bats – ‘The Sleep Of Reason’ [Review] 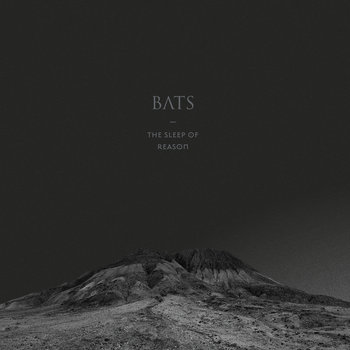 A common accusation levelled at those whose core beliefs revolve around science and humans is that they are little more than logic-driven robot people, cold and emotionless, utterly devoid of the ability to feel ‘real feelings’. Their favourite music is assumed to consist of late-Seventies robot pop (Kraftwerk / The Normal / Giorgio Moroder / etc.) and the various electronic music styles birthed since that era, while their favourite activities are presumed to be a) watching Richard Dawkins and Christopher Hitchens videos on YouTube, and b) arguing with Creationists and Christians in the comments.

This band are a rare breed. Critics expecting stiff-limbed Data-from-Star-Trek rhythms will walk away with fried brains and an involuntarily jaunty spring in their step; The Sleep of Reason‘s grooves are just that danceable, tight, upbeat, and plain fun. Judging by the sheer amount of syncopation and rhythmic displacement going on in there, the ghost of Rage Against The Machine could be said to haunt this album – but for the duration of this science-rock review we’ll have to agree that ghosts don’t exist, making that claim null and void.

Wolfwrangler (a rhythmic subdivision masterclass) features Tom Morello-style behind-the-nut noises, while Stem Cells comes closer to Street Sweeper Social Club – all hypnotic grooves with a black hole’s gravitational pull. RATM’s legendary Whammy Pedal abuse is brought back liberally and with great creative flair – I’ve not heard the Whammy employed this well since Middle Class Rut’s last album – and ten-eighty tangential spins are the norm throughout The Sleep Of Reason‘s eleven tracks, taking place with a complete lack of intuitive predictability. More than anything, this last element is what makes me love this band: That little bit of progressively-minded spice that seeps through the finely porous riffage and changes everything.

Elsewhere, The Sleep of Reason Brings Forth Monsters offers catchy lyrical hooks with unusual depth draped expertly over post-rock chaos; Heat Death‘s intro constantly threatens to fall apart, bringing itself back from the brink only at the last possible moment; Creatures Collecting is made up of almost-cuddly fuzz tones offset by spiky rhythms; Thomas Midgley Jr.‘s breakdown riff was made to be played live; Luminous Aether starts out almost Kraftwerkian, but soon explodes into rolling fields of guitar, bass, and drums; The Fall Of Bees is pure head-bobbing bliss; and ten-minute closer Terrible Lizards dissolves into pools of warped tones after dragging the listener through a final dance-rock tour-de-force.

Bats are a tighter, scientifically-focussed, infinitely more danceable Rage Against The Machine. There you go. That should be all you need.