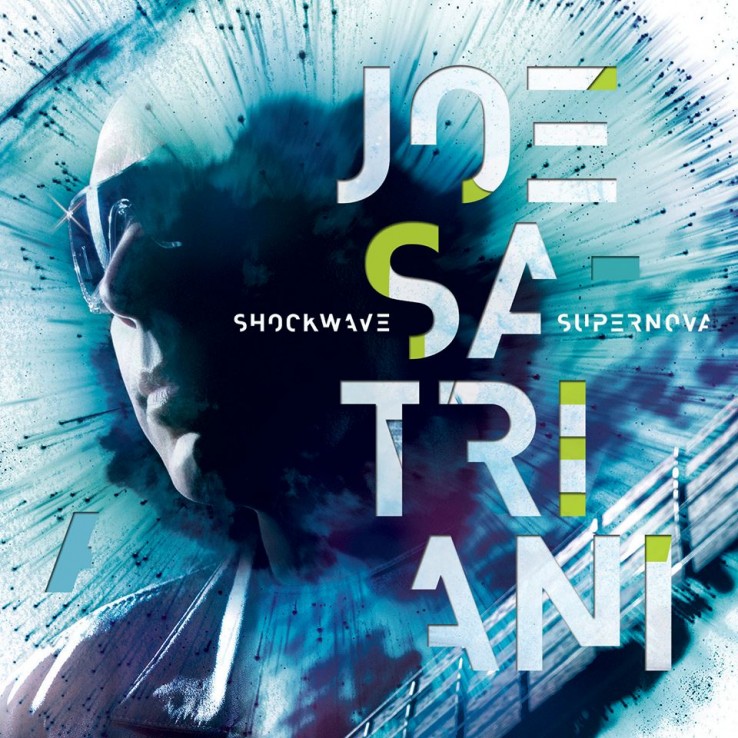 Shockwave Supernova is the definitive modern-day Joe Satriani album. Equal parts catharsis and cool, a seamless blend of contemporary and classic vibes, this is Satriani at his best. The instrumental guitar maestro continues to rule the roost after almost three decades at the top.

Those are big words – but this is a big album. Shockwave Supernova is made up of fifteen tracks, during which Satch never holds back. From a technique perspective, it may be relatively restrained – but in terms of raw, uncensored emotion…man. Sometimes it makes for difficult listening.

True artists, great musicians, communicate the sound of something welling up in the subconscious before finding release. Listening to their work, you get the sense that the pieces in question weren’t so much composed as discovered, sometimes in the most trying of circumstances. Whether this impression matches the reality is relatively irrelevant – whatever the means, they are justified by the end result.

For TMMP, two tracks stand out as unquestionable highlights. The opening title track – music made for planes caught in thunderstorms – kicks things off with a dark and menacing atmosphere, harsh attacks, and skinned-flesh catharsis. Behind the inimitable tone and perfect control lies something gut-twistingly uncomfortable – and on thirteenth track If There Is No Heaven, it resurfaces once more.

If There Is No Heaven takes in guttural rumbling, anxiety-ridden backwards guitar, a grim-faced run through oppressive soundscapes, rays of uncertain sunlight, and finally emergence into hope and revelation. If I had to pick an absolute favourite, the track in the superstitiously unlucky slot would be the one – but this does nothing to take away from the rest.

Shockwave Supernova never stops stunning. Second track Lost In A Memory takes in rich and exotic harmonic structures and warmly tortured melody lines; Crazy Joey is a masterclass in lightspeed leads, slinky licks and sleazy grooves; In My Pocket opens with an Engines Of Creation vibe before splitting off into hard-driving rhythms and classic Satch top-lines; On Peregrine Wings churns and heaves breathlessly; and Cataclysmic hits hard with emphatic delay-drenched notes, pointed statements, and a perfectly mixed kick drum. San Francisco Blue is unexpectedly jaunty (and comes complete with a cheeky slide guitar moment); Keep On Movin’ may have the same name as a 5ive song, but beyond the title lies sprawling, spacious, and seedy rock topped with sprinkles of playful keyboards; All Of My Life is a moody, languidly stretched ballad with shades of Dick Dale; and A Phase I’m Going Through illustrates Satch’s way with a lyrical melody while Bryan Beller, Marco Minnemann, and Mike Keneally hold down the fort.

This album runs for more than an hour – but like a great novel, it sucks you in and will not let go. Three tracks remain at this point: Butterfly And Zebra is a sleek and short-lived interlude; Stars Race Across The Sky (the next track on from If There Is No Heaven) finds Satriani in peaceful mood, gracefully picking his way through unspoken questions and answers; and ultimate closer Goodbye Supernova sounds supermassive, evoking images of clear starlit skies and limitless infinities. In the middle of it all, Satriani weaves his final sonic tapestry, his guitar taking a variety of guises amongst expansive drums, impactful strings, unstoppable bass, and classy synth pads.

Overall, this album feels like the climax of a long and arduous artistic journey. There’s tension, letting go, and a level of depth few are either capable of or willing to reach. Shockwave Supernova should be hailed as a masterpiece. That is what it is.

You can also find me on Twitter by clicking here.

See you in the next video!