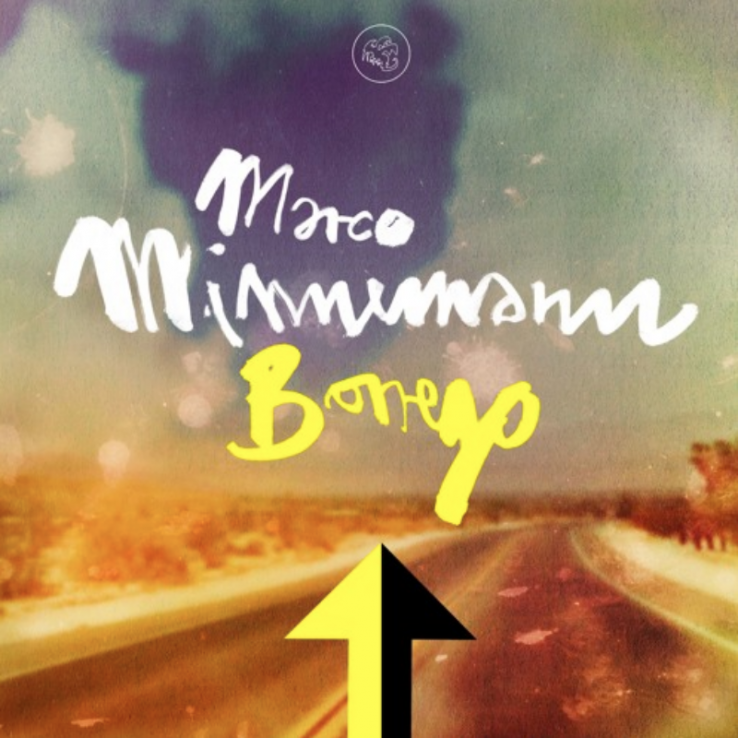 Marco Minnemann is prolific. This is a fact well established over the past few years and albums such as Schattenspiel, Above The Roses, Celebration, and EEPS – to name only the releases which have received the review treatment here to date. Of course, on top of those projects you also have to add in Marco Minnemann’s work as a sideman to the likes of Joe Satriani and Steven Wilson, as well as his position as one third of The Aristocrats.

That’s a lot of work, enough to keep any musician occupied to the point of burnt-out, overstretched insanity. With that in mind, Borrego enters the picture, comprising almost thirty tracks of uncompromising music.

After all that’s already come before, this is a hefty double album worthy of the name.

Borrego’s title refers to Borrego Springs, a South Californian desert town. The music contained within naturally evokes the appropriate vibes, often drawing on the likes of Queens Of The Stone Age, ZZ Top, and The Desert Sessions while remaining definitively Marco. That means everything from limb-tangling drums to surreal fusion leanings, Vai-chords, plenty of dark and nasty tones, and Minnemann’s inimitable vocals – in short, everything that makes Marco Minnemann Marco Minnemann.

Serving up a forensic blow-by-blow account of every song on Borrego would be as tedious as the album itself isn’t – but before we dig into my personal favourite cuts from this monolithic pie, it’s worth mentioning that only On That Note and South End stand out as weak spots, and even then only just. The vast majority of Borrego lives up to the intimidating standard Marco Minnemann has set and matched throughout his career to date, which is a remarkable achievement in itself considering just how much material we’re talking about here.

All of that said, Borrego contains some real level-up moments from an artist already several levels above absolute mastery. Opening pair Sandstorm and The Healer start things off with the aforementioned desert rock approach and (on the latter) some filthy ZZ Top grooves amid an awesome Satriani solo; A Random Place evokes The Goo Goo Dolls while Marco duets with a female vocalist; North Bound sees Marco and Satch compliment each other’s guitar leads; and there are still five more highlights to come.

Cutting It Short: Acoustic and lightly overdriven guitars blend into some sick Jamiroquai-style funk, the whole vaguely reminding me of the funk masters’ Seven Days In Sunny June before tipping into a completely surreal pitch-shifted fusion section.

Gold Digger: One of Marco Minnemann’s most cinematic tracks to date, encompassing everything from haunting piano to Misirlou-style guitars. Something that would fit well on a Tarantino soundtrack, which is always a bonus in my book.

Everyday Springtime: A light, upbeat, and poppy love song with plenty of Vai-evoking spice and even some dramatic but not overbearing strings.

One Margarita (and the Milky Way): Initially chirpy before Marco’s heavily effected vocal enters and things take a darker (and bass-heavy) turn. Distortion, bizarre dynamic shifts, a hilariously cut-short guitar solo, and a full-tilt headbanging riff are still to come…

The remaining two-thirds (seriously) of Borrego, as I mentioned earlier, still stand up in comparison to Marco Minnemann’s earlier efforts – but hearing this guy continue to improve is always mind-boggling. So many musicians hit a point far below Marco’s and decide they’re good enough – and then of course stagnation sets in and it’s all over. This is, if you also include the EP’s worth of CD bonus tracks (which are also immense, especially super-tight rockers Walls and Why Should I Care), an insane amount of music with virtually no filler in sight.

As always, more aspiring musos would do well to follow in Marco Minnemann’s footsteps. Nobody knows what will happen if you just keep going, but it’s clearly fun to find out.