Marteleur – ‘My Anvil Is My Tuning Fork’ [Review] 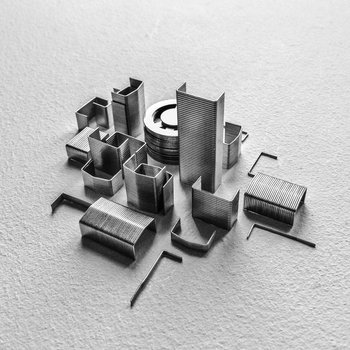 Belgium certainly seems to have its fair share of atmospherically-minded musicians, and Marteleur is no exception. There’s a very clear Tool influence on My Anvil Is My Tuning Fork, which initially marked Marteleur out in my mind as potentially being ahead of the competition. This album is very interesting, but to be perfectly honest it sounds more like a soundtrack than something intended to be consumed in a solely audio-only format. As a chillout album it works very well, but the instrumental pieces on display here often feel directionless, with a lot of repeating vamps that remind me of an old songwriting tutor berating me for overusing my DAW’s copy-and-paste function.

Tonally speaking, the sounds employed throughout My Anvil Is A Tuning Fork are well-crafted and very effective in establishing a particular mood; also, the flat 9s in Dancing Backward When The Fire Walks With You (a Twin Peaks reference, perhaps?) are used to great effect. The bass work on Breaking Into The Granite, I Found Old Iron Bars frequently sounds like Marcus Miller undergoing electroshock therapy, and the end of fourth track I Am Building A Machine Gun In My Closet hints at a NIN vibe, but overall this album suffers greatly from too much repetition and not enough variety. Marteleur is a Belgian artist to watch; hopefully he will return with a release that addresses those flaws.